The NAKO Health Study, launched in 2014, is a Germany-wide long-term population study involving a total of 200,000 randomly selected men and women aged 20 to 69. They are comprehensively examined at 18 study centers with further check-ups being performed for up to 30 years. The aim is to investigate the causes of typical common diseases such as diabetes, cancer and dementia in order to develop new prevention and treatment strategies. The initiator of the large-scale study is a network of German research institutions consisting of the Leibniz Association, the Helmholtz Association and various universities.

The NAKO and the DIfE

The NAKO study center Berlin-South/Brandenburg, which has been managed by DIfE since 2015, is located in Steglitz and studies a total of 10,000 subjects. Participants provide blood and urine samples, undergo extensive testing, and are interviewed about their lifestyle. The DIfE plays a leading role in the study modules that record nutritional behavior and physical activity. It developed appropriate survey instruments and statistical analysis methods for this purpose during the pilot phase. In the main phase, it is responsible for these topics and leads the corresponding competence groups. 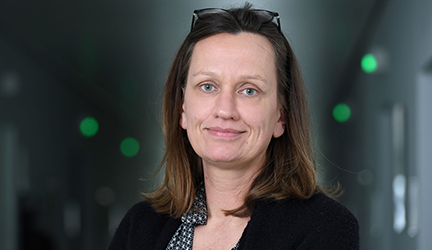 Head of the NAKO Study Center 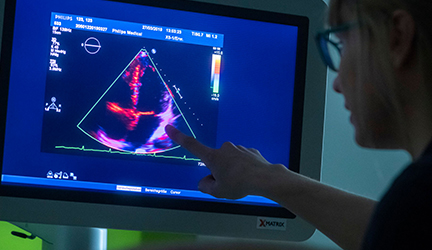 Examinations at the study center

At the initial examination, participants first received comprehensive information on the survey and examination procedure and on data protection in a personal interview with our experienced and specially trained study staff. After four to five years, the second examination took place in the same way as the initial examination. In addition, all participants are asked to complete a questionnaire on health changes about 2.5 years after their visits to the study center. The examination program lasts about three to five hours and consists of various parts:

We ask a series of questions about new illnesses, changes in lifestyle or living arrangements since the first visit to the study center, and changes in other health factors. For this purpose, we will again conduct a face-to-face interview and a computer-assisted survey (touch screen). In addition, we record the intake of medication.

With different tests we would like to examine attention, concentration and memory skills. Part of these tests is performed on a touch-sensitive screen (touchscreen).

Hand grip strength is measured on both hands using a dynamometer (hand strength meter). The bicycle ergometer test is used to determine physical fitness. Before this test, it is checked whether there is an increased health risk under physical stress. Only if there are no medical reasons against it, the test is performed. To measure physical activity, a sensor (accelerometer) is placed on the participants at the study center. The small sensor worn on the body measures the acceleration forces that occur during movements over a period of seven days.

The blood glucose load test (OGTT) can be used to check whether there is an increased risk of diabetes mellitus. This test is only performed on a selection of participants. After a blood sample has been taken, the test subjects are given a sugar solution (300 milliliters) to drink. Two hours later, a second blood sample is taken.

With the aid of a special device, the accumulation of saccharified end products in the skin tissue is determined using the so-called fluorescence technique.

Blood pressure is determined using an automatic blood pressure monitor on the arm. Heart rate is measured using a stopwatch and by feeling the pressure wave on the wrist.

When measuring functional parameters related to cardiovascular disease, a blood pressure cuff is placed on both the arm and leg and blood pressure is measured. The device takes the measurements automatically.

For the resting ECG, electrodes are placed on the upper body and on the arms and legs.  With 3-D echocardiography, the heart structures can be displayed in three dimensions while the heart is working. Again, only an ultrasound probe is moved on the skin to take pictures of the heart. To measure long-term ECG and sleep characteristics, participants will have a recording device placed on them at the study center. This automatically records the electrical activity of the heart muscle fibers over a 24-hour period. In addition, the device records sleep characteristics (e.g., sleep duration, any sleep disturbances). Breathing during sleep is also recorded with the aid of nasal cannulae.

Analysis of nitric oxide (NO) in exhaled air provides information on the presence and extent of allergic airway inflammation in respiratory diseases such as allergic asthma or allergic rhinitis. For this measurement, participants place a special filter in their mouth. They are asked to completely fill their lungs with air and then slowly and evenly exhale all of it.

After the lung function test has been explained in detail by our study staff, the subjects are asked to exhale as quickly and firmly as possible in several passes. The deep inhalation and exhalation may cause dizziness in rare cases.

When recording the tooth status, the number of teeth present is determined.

A simplified eye test is performed. In addition, a special camera is used to photograph the back of the eye to determine changes in the blood vessels at the back of the eye. The device works without contact, so there is no risk of infection.

A simple hearing test is performed on the computer with the aid of headphones. The participants are asked to pick out numbers from a background of noise.

Blood is collected from a vein in the crook of the arm. The blood sample is sent to a clinical laboratory for prompt analysis. This is used to perform standard tests such as a small blood count and to determine some important metabolic parameters (e.g., cholesterol, liver enzymes).

As part of the blood collection for the basic laboratory program, additional blood samples are also obtained, which, like a urine sample, are stored long-term in two biospecimen warehouses for later analysis.

The study center is located on the grounds of the Charité, Campus Benjamin Franklin in Berlin Steglitz.

You can reach us by public transport as follows: