Neuroscientist, Dr. Rachel Lippert, has taken over the leadership of the newly created Junior Research Group “Neurocircuit Development and Function” at the German Institute of Human Nutrition Potsdam-Rehbruecke (DIfE) as part of the NeuroCure Cluster of Excellence at Charité - Universitätsmedizin Berlin. Lippert and her team will investigate basic processes for the processing of food stimuli in the brain using mouse models. 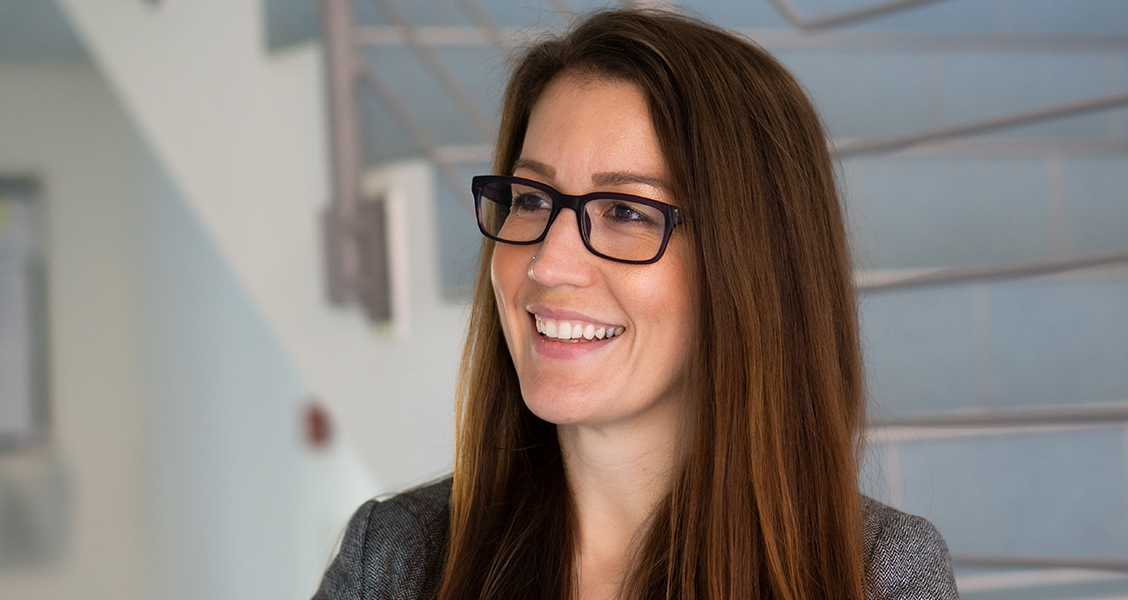 The US-born neuroscientist wants to investigate the complex changes in the brain that occur during development in the womb and shortly after birth. She is particularly interested in the melanocortin system, a key player in the regulation of food intake. Lippert wants to uncover how the mother’s diet can affect the neuronal communication within this complex system. Her focus will also extend to interactions with addictive and rewarding behavior, which have not yet been studied in depth.

It is known that maternal nutrition increases the risk of metabolic and neurodegenerative diseases in the offspring. More than 50 percent of women in Western cultures - particularly in the USA and Europe - do not follow dietary recommendations during pregnancy, thus increasing the risk of obesity, diabetes and potentially cognitive disorders such as ADHD in their children. In order to identify the underlying mechanisms, Lippert and her team will investigate how the complex systems involved in energy acquisition and reward interact during brain development.

“The aim of our research is to better understand the effect of an unhealthy diet and excessive body weight on the development and function of the brain. I am very excited to have the opportunity to perform my research here at the DIfE within the framework of the NeuroCure Cluster of Excellence", says the brain researcher.

With her Junior Research Group “Neurocircuit Development and Function” Lippert strengthens the third research focus area “Biological basis of food choice and nutritional behavior” at the DIfE. “Dr. Lippert has an exceptional expertise in the field of the melanocortin receptor system. Her experimental research on animal models is an excellent complement to the human study-based work of the Department of Decision Neuroscience and Nutrition, which was founded in February 2019"; said Professor Tilman Grune, Scientific Director at DIfE.

Rachel Lippert studied Chemistry and English at Albion College in Albion, Michigan, USA from 2004 to 2008. During her subsequent doctoral studies at Vanderbilt University in Nashville, Tennessee, USA, the 34-year-old studied the function of the melanocortin-3 receptor, which is involved in maintaining a balance between food intake and energy consumption and thus a stable body weight. She successfully completed her doctoral thesis in 2014 and then moved on to Professor Jens Brüning’s Department of “Neuronal Control of Metabolism” at the Max Planck Institute for Metabolism Research in Cologne. There, she used a mouse model to investigate how the mother’s diet affects the interconnection of nerve cells in the developing brain of her offspring.

Head of Press and Public Relations

NeuroCure is a Cluster of Excellence in the neurosciences funded since 2007 by the German federal and state governments, receiving further funding within the Excellence Strategy since 2019. The focus of the Cluster is on investigating neurological and psychiatric disorders. The aim of this interdisciplinary research network is to better understand disease mechanisms and to develop new therapies. Fostering local networks of scientists and their research activities lies at the heart of the Cluster’s efforts. In addition, NeuroCure has established a significant number of new research groups as well as several technological platforms. Since 2019, the DIfE has been a cooperation partner within the cluster.

DIfE is a member of the Leibniz Association. It investigates the causes of nutrition-associated diseases in order to develop new strategies for prevention, treatment and nutritional recommendations. Its research interests include the causes and consequences of the metabolic syndrome, a combination of obesity, hypertension (high blood pressure), insulin resistance and lipid metabolism disorder, the role of nutrition for healthy aging and the biological bases of food choices and dietary behavior. DIfE is also a partner of the German Center for Diabetes Research (DZD), which has been funded by the German Federal Ministry of Education and Research (BMBF) since 2009.