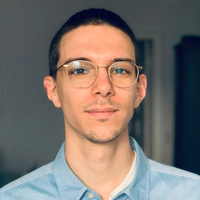 10/2018 - 09/2019 | Scholar of the BMBF Deutschlandstipendium, Patronage Carl-Zeiss-Stiftung and Federal Ministry of Education and Research (BMBF)

Diabetic metabolic disease is associated with a number of comorbidities, with cardiovascular complications accounting for the majority of disease-related morbidity and mortality. To maintain its contractile function, the heart has the highest metabolic-energetic demand per gram of tissue compared to other organs of the human body. As an 'omnivore', the heart has the potential to use all substrates, including carbohydrates, lipids, amino acids and ketone bodies, to produce energy. The metabolic, hormonal milieu of type 2 diabetes mellitus is associated with a loss of metabolic flexibility and efficiency of the myocardium and correlates with maladaptive changes in cardiac structure and contractility. A major problem in the treatment of resulting cardiac disease consists in the poor predictability of disease progression and response to medical intervention. A promising approach is the use of mathematical models to integrate molecular circuits with patients' functional data. The aim of the project is to model the cardiac metabolism based on its characterization in a mouse model of metabolic syndrome and ultimately the application of the model in a clinically translational context.